13 Grand Slam Winners to Compete at U.S. Open, Nadal and Federer Sit Out

When the U.S. Open begins on August 31st (with a smaller paycheck than normal), only one of last year’s champs will be there to defend their title: Bianca Andreescu is in, Rafael Nadal is out. 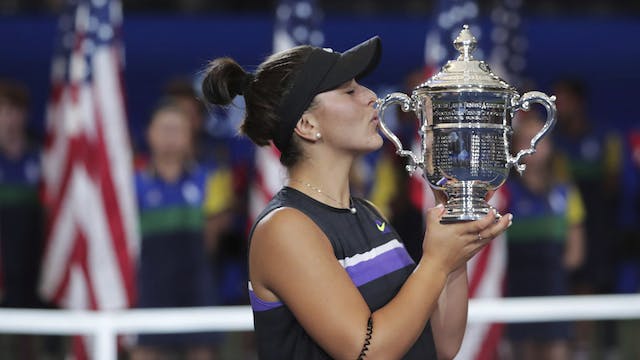 The GIST: When the U.S. Open begins on August 31st (with a smaller paycheck than normal), only one of last year’s champs will be there to defend their title: Bianca Andreescu is in, Rafael Nadal is out.

But why?: On Tuesday, World No. 2 Nadal announced that he would not try to repeat his 2019 U.S. Open win due to his reluctance to travel during the pandemic. Nadal thanked organizers for their efforts but has decided to join his bestie Roger Federer — who is recovering from knee surgery — as at-home spectators this year.

So who is playing?: Andreescu, who last year became the first Canadian to ever win a Grand Slam, will be back to defend her title (and we’re hoping she brings her mom and dog, too). Last year’s runner up is confirmed to play, too: Serena “The GOAT” Williams, who’s looking for her record-breaking 24th Grand Slam title.