To help or to hinder

The NBA’s highly anticipated return-to-play might not happen after all...and for good reason. Players are speaking out about their reservations over bringing their sport back while the fight for social justice continues. 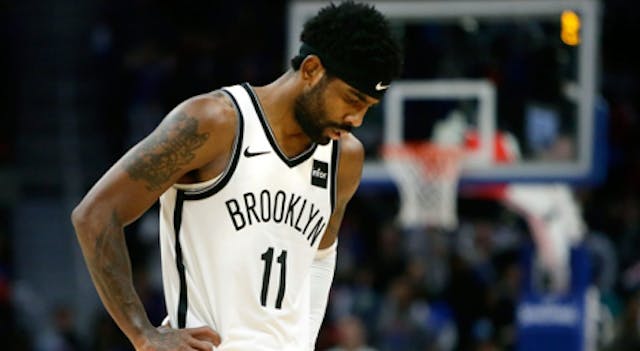 The GIST: The NBA’s highly anticipated return-to-play might not happen after all...and for good reason. Players are speaking out about their reservations over bringing their sport back while the fight for social justice continues.

Who’s speaking up?: On a Friday night conference call with around 100 players, Brooklyn Nets star Kyrie Irving led the charge, saying that it would be detrimental to the Black Lives Matter movement if the NBA returned. Irving called out systemic racism in America and urged his fellow players to sit out.

Is this a consensus?: Not totally. Other players have since come out to say that restarting the NBA season would only help the movement. Houston Rockets guard Austin Rivers (son of Clippers coach Doc Rivers) made a case for the restart, saying “we can do both.”

So what happens now?: Although the NBA hasn’t released anything official, NBA spokesperson Mike Bass said that they understand the players' concerns and are working with the players association. Given the amount of pressure they’re facing from players, we expect the NBA will have something more official soon.