If 2020 has taught us anything, it’s to expect the unexpected. The Houston Dash reminded us of that lesson yesterday, when they became the unlikely (but very welcome) winners of the NWSL Challenge Cup. 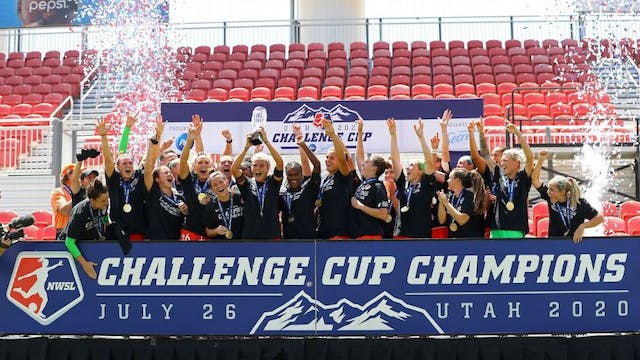 The GIST: If 2020 has taught us anything, it’s to expect the unexpected. The Houston Dash reminded us of that lesson yesterday, when they became the unlikely (but very welcome) winners of the NWSL Challenge Cup.

How did they do it?: The Dash came out swinging in yesterday’s final against the Chicago Red Stars, the heavy favorites. Just five minutes into the game, Canadian and Megan Rapinoe look-alike Sophie Schmidt scored on a penalty kick, and striker Shea Groom made it 2–0 during stoppage time to solidify the win.

And what’s up in the MLS?: The MLS is Back Tournament is going strong. We’re smack dab in the middle of the Round of 16 knockout stage, with another two matches today (don’t miss the Seattle Sounders vs. LAFC tonight, it should be a goodie) and two tomorrow. Quarterfinals start on Thursday, so check out the full bracket for the can’t-miss matchups.