The GIST: What better way to tuck into the winter break (because let’s face it, we’re all mentally checking out for the next two weeks, right?) than with some NBA action. 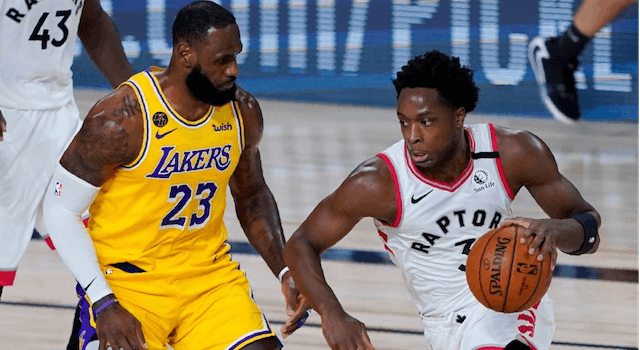 The setup: The NBA’s regular season is starting tomorrow, just two months later than normal. Thanks to the late start, each of the league’s 30 teams will play a condensed 72-game regular season (10 games fewer than usual), which is being split into two halves.

The favorites: The LA Lakers won the last NBA Championship in October, and odds are they’ll extend their reign with another win after locking down superstars LeBron James and Anthony Davis. They’ll begin their campaign for back-to-back glory tomorrow at 10 p.m. ET, when they face their crosstown rival and championship contender LA Clippers.

Canada’s team: The Toronto Raptors may not look like they did in 2019, but that doesn’t mean they don’t have another good shot at glory. With Pascal Siakam hoping to bounce back, OG Anunoby on the hunt for a breakout season and Fred VanVleet out to prove he’s worthy of his giant contract extension, things are looking good for a strong playoff run...even if they’re temporarily calling Tampa Bay home.

*Get game ready: Want to rock your team’s jersey this season? We thought so. And so did our friends at the NBA. Enter here for your chance to win your choice of one of 10 fresh NBA jerseys. Good luck!