The GIST: Remember when Kate Hudson did everything she could to get Matthew McConaughey to dump her in How to Lose a Guy in 10 Days? Looks like NBA superstar James Harden has been taking notes. 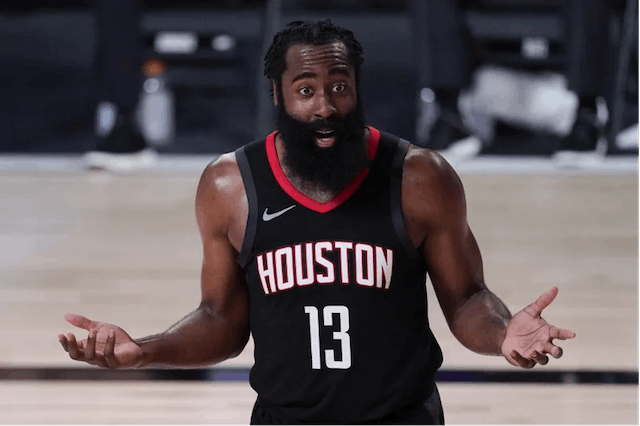 The background: Harden has been playing for the Houston Rockets since 2012. An eight-time NBA All-Star, the 2018 MVP has led the league in points per game for the past three years. But despite making the playoffs every season since he was drafted in 2009, Harden has never won a championship.

The situation: After putting up with his diva ways for eight years, the Rockets aren’t letting him go easy. So in pursuit of a trade that hasn’t yet come, Harden has upped the ante. Over the past few weeks, he’s skipped out on practices, broken COVID-19 protocols and gone clubbing (or, what he calls, “just training”).

The next step: While Harden seems to be doing everything he can (without breaching his contract, which still has two years remaining) to push the Rockets to trade him, he finally ended a media blackout to speak on his current priorities.