You’d think that pro basketball leagues would be taking all necessary precautions to keep their players safe in the Florida Bubble/Wubble, right? This week we were proven wrong after the WNBA and NBA showed they still have some work to do to protect their most vulnerable (and valuable). 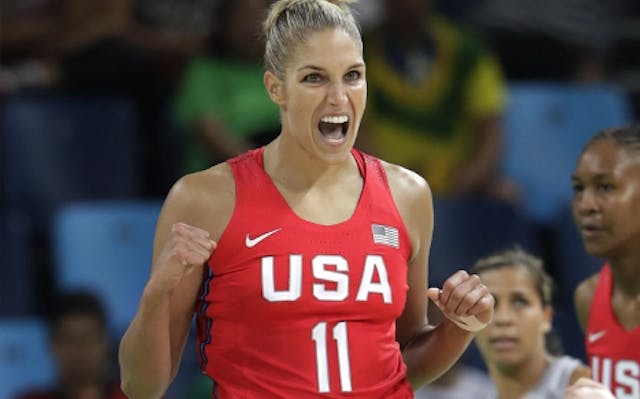 The GIST: You’d think that pro basketball leagues would be taking all necessary precautions to keep their players safe in the Florida Bubble/Wubble, right? This week we were proven wrong after the WNBA and NBA showed they still have some work to do to protect their most vulnerable (and valuable).

What happened?: On Monday, the WNBA announced that reigning MVP and champion Elena Delle Donne would not receive a medical exemption to opt out of the upcoming season. The Washington Mystic star has suffered from Lyme disease since 2008 and had asked for an exemption based on her high-risk medical status and a recommendation from her doctor.

Did she respond?: Did she ever. Yesterday, Delle Donne published an open letter in The Players’ Tribune, which highlighted her disappointment and frustration with the league that she has “given [her] blood, sweat and tears to.”

What happens now?: Delle Donne didn’t announce her decision in the letter, saying she’s “still thinking very carefully and weighing [her] options.” The good news? Mystics coach and general manager Mike Thibault confirmed that as long as Delle Donne remains on the Mystics’ roster — even if she’s only rehabbing from her back surgery in January — she will be paid throughout the WNBA season. That said, Delle Donne’s agent still has concerns about the terms.

Just awful: You're telling us. And while Delle Donne debates entering the Wubble, some guys in the NBA are getting in trouble inside their bubble. Reports say multiple players have received warnings for violating bubble restrictions, which can include anything from not wearing a mask when required to leaving the bubble entirely. C’mon man.

Tell me something good?: Yes, let’s end on a high note! Yesterday, New Orleans Pelicans guard Jrue Holiday and his wife, former US women’s soccer star Lauren Holiday, announced that they will be donating Jrue’s entire pay from the NBA restart — all $5.3 million — to social justice causes and Black-owned businesses. Love to see it.