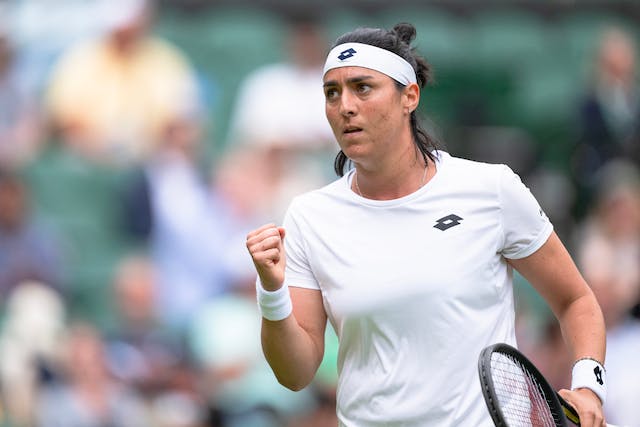 The GIST: Wimbledon’s all-white dress code is being called out again — this time with female athletes sharing the anxiety of being on their period while playing on one of tennis’ grandest stages. And as that overdue conversation happens off-court, on-court, the fight to advance to the semis rages on.

Women’s singles: The gals kept us entertained over the weekend (as they do) as huge upsets shook up the tournament. Most notably, world No. 1 Iga Świątek’s 37-match winning streak ended on Saturday, her first loss in roughly four months.

Men’s singles: The men’s side, on the other hand, continues to play out as expected, as Novak Djokovic came back from a two-set deficit to win his 26th straight Wimbledon match yesterday and earn a spot in Friday’s semifinal against world No. 12 Grand Slam–semifinal rookie Cameron Norrie.