The GIST: The beat goes on and on and onhttps://thegist.createsend1.com/t/t-i-qtiikjk-l-b/ in the NBA, with the first set of conference semifinals tipping off yesterday and another doubleheader on deck tonight. Spoiled. 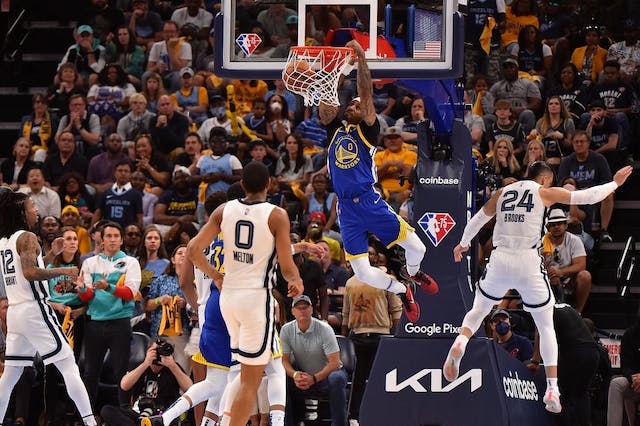 The GIST: The beat goes on and on and on in the NBA, with the first set of conference semifinals tipping off yesterday and another doubleheader on deck tonight. Spoiled.

Eastern Conference: The defending champion No. 3 Milwaukee Bucks started the party by defeating the No. 2 Boston Celtics 101–89 on the road, thanks to Milwaukee’s Giannis “one-man show” Antetokounmpo (pronounced YAH-niss ah-det-oh-KOON-boh) notching his second career playoff triple-double.

Western Conference: Despite the questionable ejection of Draymond Green in the first half, the No. 3 Golden State Warriors edged the No. 2 Memphis Grizzlies 117–116 in yesterday’s Game 1. Memphis’ Ja Morant poured in 34 points during the back-and-forth battle, but the real star was 22-year-old Warriors phenom Jordan Poole, who netted a career-high 31 off the bench.