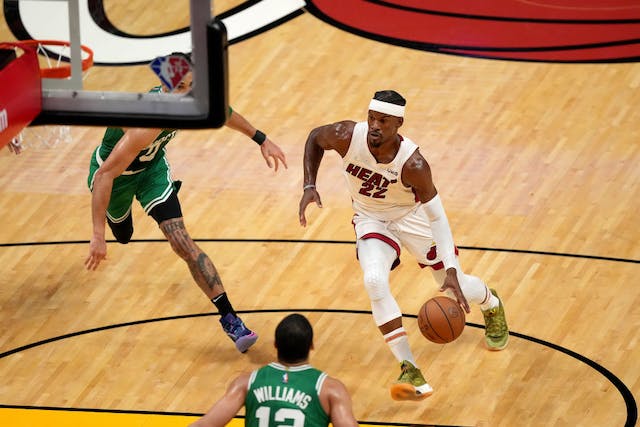 The GIST: As celebrated on yesterday’s episode of The GIST of It, the NBA Conference Finals tipped off last night. Even better? There’s another Game 1 on deck tonight. Party.

Eastern Conference: This highly anticipated rematch of the 2020 Conference Finals did not disappoint, as the top-seeded Miami Heat defeated the No. 2 Boston Celtics 118–107 to claim an early series lead. Miami’s leading scorer? Jimmy Butler, of course. They don’t call him Jimmy Buckets for nothing.

Western Conference: The No. 3 Golden State Warriors host the No. 4 Dallas Mavericks tonight at 9 p.m. ET, opening what’s sure to be a thrilling battle between Dallas demigod Luka Dončić (who’s averaging a casual 31.5 points per game these playoffs) and Golden State’s second-best in the regular season defense.