“Who gives a sh!t about gender?” 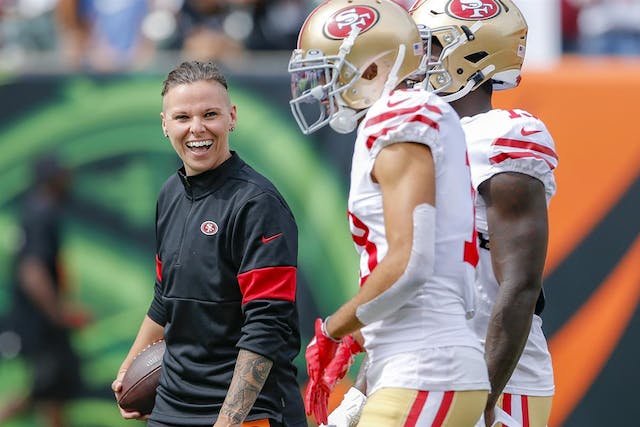 The GIST: This recent NFL talk has us thinking about the trailblazing women — specifically the coaches — who have contributed to the game.

The firsts: Still, there are four full-time coaches in the league and that’s a BFD, especially when football, despite having professional women’s football leagues, is “not a women’s sport.” Five years ago, Dr. Jen Welter got the ball rolling when she became the first woman to coach in the NFL as the Arizona Cardinals training camp/preseason coaching intern.

The present: Mostly recently, Katie Sowers, who’s been an offensive assistant coach with the San Francisco 49ers since 2017, became the first woman and openly gay full-time coach in the Super Bowl. Can we get a HYFR?

The future: With the combination of having female coaching role models, an increase in female fandom (the NFL says 47% of its fans are women) and head coaches “not giving a sh!t about gender,” we predict we’re only going to see more female coaches in the future (and maybe even our first female NFLer).