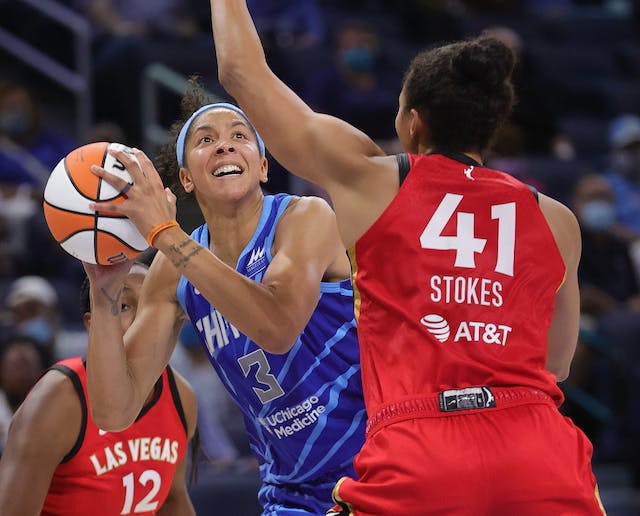 How it works: As a reminder, each W team’s first home and away games against their five conference opponents count toward the Commissioner's Cup standings. Because the Aces and Sky had the best winning percentages in the West and East, respectively, they advanced to tomorrow’s tilt.

The matchup: The Aces and Sky split their two games so far this season, making tomorrow’s clash all the more intriguing. Add Vegas’ A’ja Wilson, Kelsey Plum and Jackie Young, plus Chicago’s Candace Parker and Emma Meesseman, and there’ll be no shortage of starpower.