The GIST: It’s NFL Draft Day. Head coach Bill Belichick’s dog Nike is ready, and so are we. 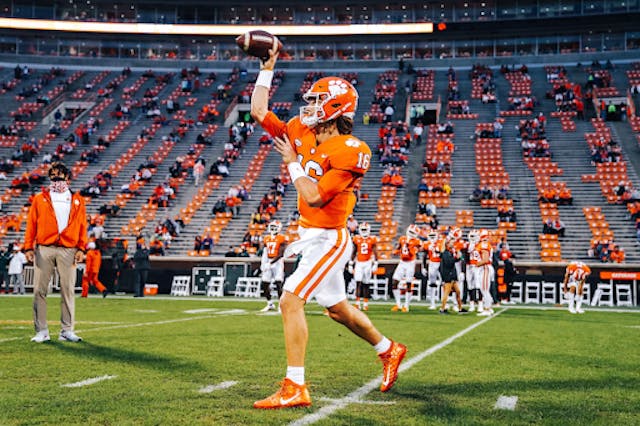 The draft: The draft actually takes place over three days: the first round is tonight, the second and third tomorrow, and the last four on Saturday, totalling 259 picks over seven rounds. The draft is hosting a select number of fans and prospects in Cleveland, Ohio, and Commissioner Roger Goodell will kick it all off at 8 p.m. ET on ABC in the U.S. and TSN in Canada.

The top picks: It’s the year of the QB, and Trevor Lawrence leads them all. The long-haired (seriously, what conditioner does he use?) newlywed from Clemson is the overwhelming favorite to go first overall, and another four QBs could be selected tonight, too.

Go deeper: Check out our latest Sunday Scroll and follow all the fun with the live NFL Draft Tracker.