The GIST: Basically everyone in the NBA playoffs is injured and LeBron James says he predicted it. Watch out Raven-Symoné, LeBron is coming for a That’s So Raven reboot. 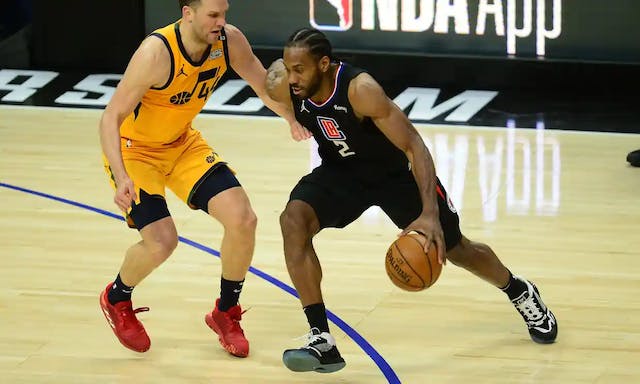 The series: Despite the injuries, the playoffs must go on. The conference semifinals will wrap up this weekend as the Clippers vs. Utah Jazz (3-2), Atlanta Hawks vs. Philadelphia 76ers (3-2), and Nets vs. Milwaukee Bucks (3-2) each conclude their series. Check out the bracket here.

The Rookie of the Year: Speaking of injuries, even though he missed over a month of action late in the regular season due to a broken wrist, Charlotte Hornet Lamelo Ball (yes, of that Ball family) was named Rookie of the Year.

After being picked third overall in the 2020 draft, Ball became the youngest player in NBA history to record a triple-double, so this award is well deserved.