Basketball is back too, baby! We are just two days away from the WNBA’s opening tip-off, so here’s #thegist of what to expect during this v. unconventional season. 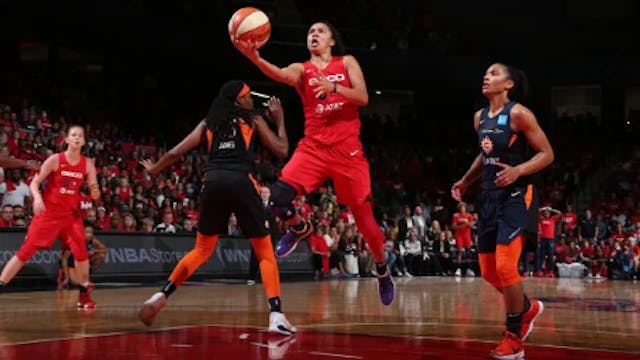 The GIST: Basketball is back too, baby! We are just two days away from the WNBA’s opening tip-off, so here’s #thegist of what to expect during this v. unconventional season.

What’s the structure?: All 12 teams will play in this regular season revamp, which is taking place in a “Wubble” environment at the IMG Academy in Bradenton, FL, and the season has been shortened from 36 games to 22.

What else is going on in the W?: Senator Kelly Loeffler is back on her sh!t. Loeffler is a part owner of the Atlanta Dream, and earlier this month she wrote a letter to WNBA commissioner Cathy Engelbert, asking her to reconsider the league’s promotion and involvement in the Black Lives Matter movement (which Engelbert did not do).

Ugh. Tell me something good: In contrast to whatever Senator Loeffler is after, the league’s players association, the WNBPA, has partnered with the family of Breonna Taylor to create t-shirts and hoodies in her honor, calling it The Breonna Taylor Collection.