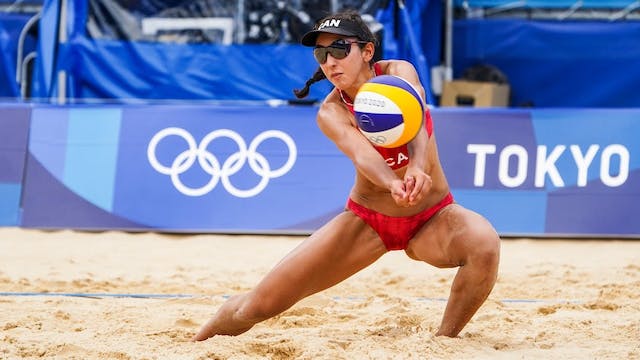 🏐Beach volleyball: A medal just wasn’t meant to be. Both Canadian duos — world champions Sarah Pavan and Melissa Humana-Paredes, and Brandie Wilkerson and Heather Bansley — were ousted in their quarter-final matches this morning, ending their bid for a podium finish.

🏃‍♂️Track & Field: It was a busy morning in the Olympic Stadium. Andre De Grasse recorded a personal best and a Canadian record in the 200m semifinal, turning on the jets in the final 50m, while Aaron Brown finished first in his semi, too. The final is set for tomorrow morning at 8:55 a.m. ET.

👋🏼Exits: There were a few heartbreaking exits overnight. First the women’s water polo team lost to the U.S. in quarter-finals before the men’s volleyball team was eliminated by the ROC in the quarters, and sport climber Sean McColl missed qualifying for Thursday’s final. We hate goodbyes.