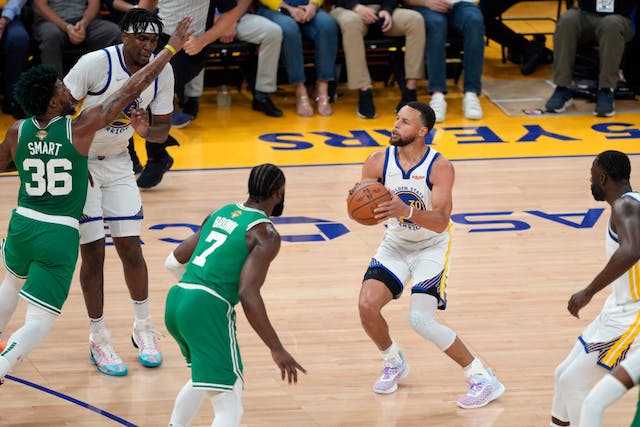 The GIST: And they’re off. Last night’s highly anticipated Game 1 Finals matchup between the Golden State Warriors and Boston Celtics didn’t disappoint, with the Celtics jumping out to an early series lead on the road. Just the beginning.

Last night’s Game 1: The squads combined to make history in the first half, netting 20 three-pointers total for the most ever in a Finals half, but the Celtics ultimately came out on top with the 120–108 win.

Sunday’s Game 2: We have to wait until Sunday at 8 p.m. ET for Game 2, taking place on the Warriors’ hardwood once again. Can the Celtics go up 2-0 before the series shifts to Boston? Or will Golden State settle the score? Can’t wait to find out.