The GIST: In a stunning update to yesterday’s news about an ROC figure skater failing a drug test, the skater is allegedly 15-year-old sensation Kamila Valieva. Just awful. 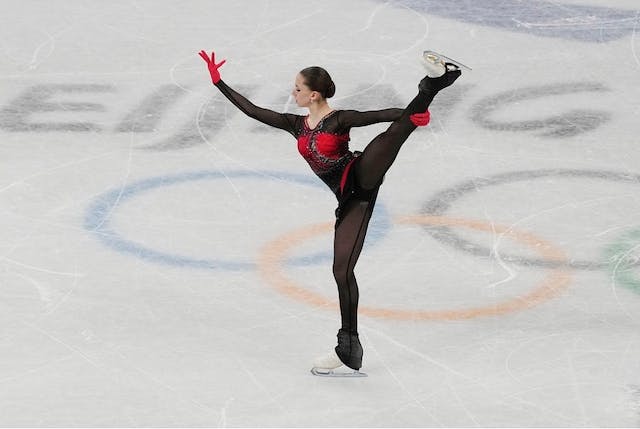 The GIST: In a stunning update to yesterday’s news about an ROC figure skater failing a drug test, the skater is allegedly 15-year-old sensation Kamila Valieva. Just awful.

The latest: Valieva — who just made history as the first woman to land a quadruple jump at the Olympics — reportedly tested positive for a banned heart medication that can help endurance and increase blood flow. Previous Olympians who tested positive for this drug received months-long bans.

The context: It’s not exactly a shock to learn that a member of the ROC is at the center of this scandal. Russian athletes are competing as the ROC (Russian Olympic Committee) after the country was banned from the Games for a state-sponsored doping scheme during the 2014 Sochi Olympics.

What’s next: The International Olympic Committee has remained silent amid the reports, with the Russian Figure Skating Federation saying, “She is not suspended,” a statement further confirmed by Valieva’s appearance at yesterday’s training session.