NFL playoffs: Rumor has it

The GIST: After yesterday’s conference championships, February 13th’s Super Bowl matchup is set, but we’re still recovering from whiplash after Saturday’s news about the GOAT. 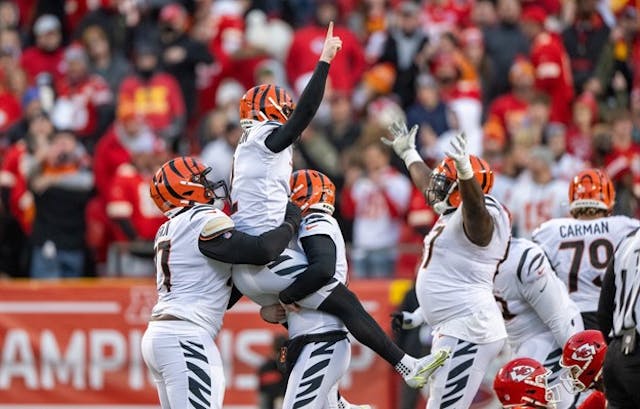 The GIST: After yesterday’s conference championships, February 13th’s Super Bowl matchup is set, but we’re still recovering from whiplash after Saturday’s news about the GOAT.

NFC: The Bengals will face the LA Rams, who scored 13 unanswered fourth quarter points and capped it off with a huge interception from linebacker Travin Howard to defeat the San Francisco 49ers 20–17 and start a home field Super Bowl streak.

The biggest news: The internet was sent into a frenzy on Saturday when news broke that Tampa Bay Buccaneers QB Tom Brady — the winningest QB of all time — was retiring after 22 seasons.