NBA and NHL Conference Finals are in full swing this week. 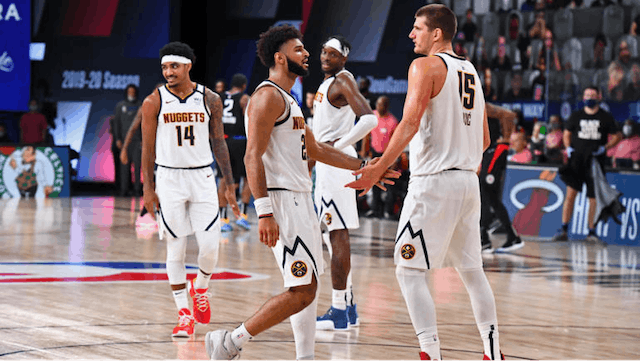 The GIST: The NBA Conference Finals have arrived! Four teams are duking it out for conference glory and a shot at the Larry O’Brien.

Who’s made it this far?: Let’s start with the Western Conference, because this postseason, West is best (for the fans, anyway). Despite entering the playoffs as the conference’s third ranked team, the Denver Nuggets somehow found themselves taking on the underdog role, especially after they went down 3-1 in the conference semifinals against the surging No. 2 LA Clippers.

Sweet. Any other playoff news?: And then there were three in the NHL. On Monday night, the Dallas Stars punched their ticket to the Stanley Cup Finals with an overtime win over the Vegas Golden Knights, taking the series 4-1.