As many leagues begin to walk the walk after talking the talk about social justice and racial equality, a troubling incident in NASCAR demonstrated just how much work needs to be done. 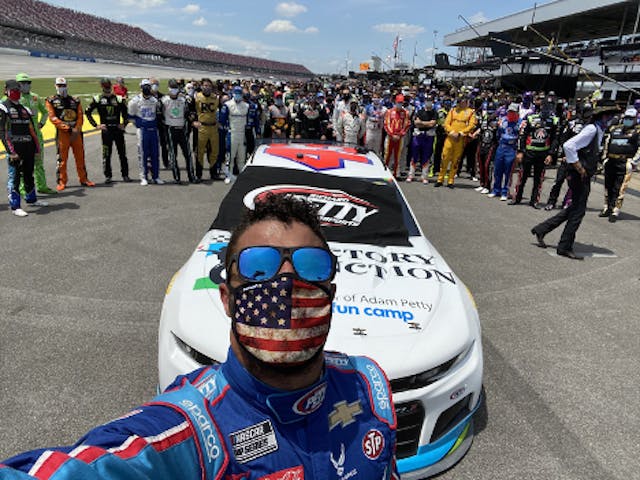 The GIST: As many leagues begin to walk the walk after talking the talk about social justice and racial equality, a troubling incident in NASCAR demonstrated just how much work needs to be done.

Oh no. What happened?: Ahead of Monday’s GEICO 500 race at the Talladega Superspeedway, a rope knotted to resemble a noose was discovered in Bubba Wallace’s driver stall. As NASCAR’s only Black driver and due to his push for equality within the sport, it was assumed to be a targeted symbol of hate.

No harm, no foul?: No way! Wallace commended the league and the FBI for taking the threat seriously and acting fast to protect him, but has since faced an onslaught of social media backlash. Wallace reacted on CNN, saying, “I'm mad because people are trying to test my character and the person that I am and my integrity,” and likened the past few days to “just short of pure hell.”

And what are other athletes up to?: Washington Mystic Natasha Cloud and Atlanta Dream Tiffany Hayes are opting out of the upcoming WNBA season to join Maya Moore and Renee Montgomery to focus on advocacy and social reform. Incredible.