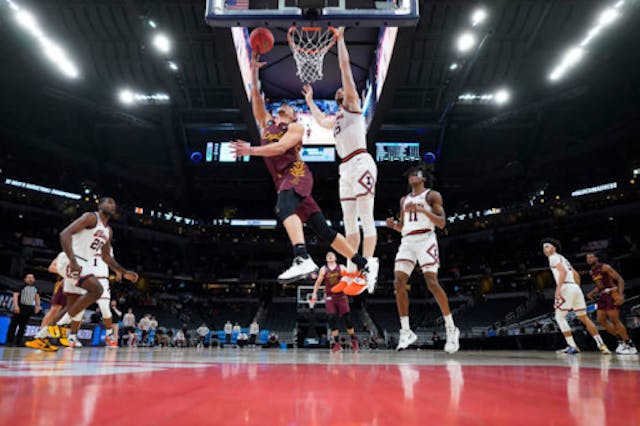 The upsets: Indianapolis? More like upset-tropolis. After five (!!!) top-five seeds lost in the opening round, the hits kept coming in the second round with No. 1 Illinois — a favorite to win the entire tourney — losing 71–58 in yesterday’s intrastate battle to No. 8 Loyola-Chicago. Sister Jean for MVP.

COVID-19: ICYMI, on Saturday, the first round matchup between No. 7 Oregon and No. 10 VCU was declared a no-contest due to COVID-19 protocols for VCU. Under the NCAA’s pre-determined COVID-19 plan, Oregon automatically advanced to the next round.

What to watch: Second round action continues later today. We’ll have our split screens on all day, TBH, but the game we’re most excited for is the 6:10 p.m. ET matchup between No. 5 Creighton and No. 13 Ohio.