The GIST: Two No. 1 seeds and a No. 2 seed advanced to the men’s Final Four with a No. 11 tagging along, looking to crash their party this Saturday. Bring on the madness. 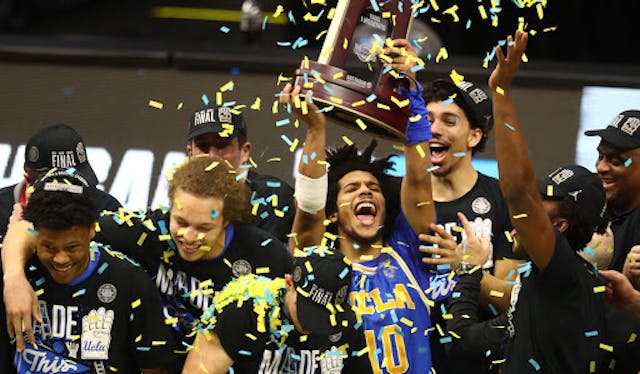 No. 2 Houston vs. No. 1 Baylor, 5:14 p.m. ET: Led by “nightmare” Davion Mitchell and Big 12 Player of the Year Jared Butler, the Baylor Bears lead the nation in three-point shooting percentage. But Baylor’s high-powered offense must contend with Houston’s second-best-in-the-nation defense.

No. 11 UCLA vs. No. 1 Gonzaga, 8:34 p.m. ET: With feisty play from Johnny Juzang, the UCLA Bruins have scrapped their way to the Final Four by pulling off three upsets. On the other hand, behind Jalen Suggs and Drew Timme’s (pronounced TIMMY) mustache sharp shooting, the ’Zags have bulldozed through the tourney, winning every game by double digits.

UCLA is just the second team to ever reach the Final Four after playing in the “First Four” play-in round while undefeated Gonzaga have been the favorites from the start. This matchup is truly what March, er, April is all about.