Lebron James will face his former team, the Heat, in the NBA Finals. 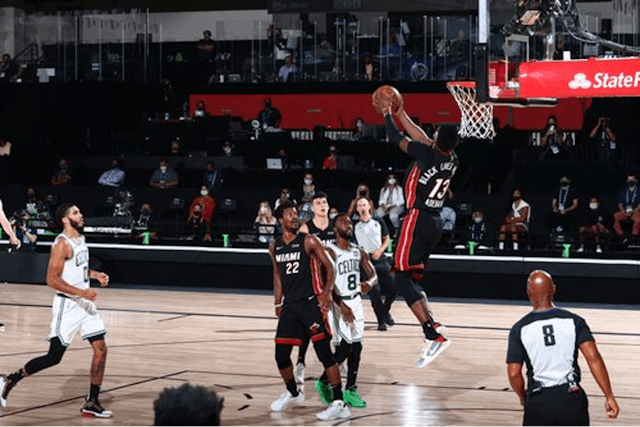 The GIST: The stage is set. The LA Lakers and Miami Heat have punched their tickets to the NBA Finals.

How’d they do it?: Heading into Game 6 of the Eastern Conference finals last night, the Heat had a 3-2 lead over the Boston Celtics. Despite a close game, the Heat were unstoppable in a wild fourth quarter, putting up 37 points to win 125–113 and snag the series and the Finals berth.

What about the West?: The LA Lakers won the Western Conference title on Saturday night after knocking out the Denver Nuggets with a 117–107 Game 5 win.

What’s next?: Now LeBron gets to face his former team, with whom he won two NBA Championships in 2012 and 2013. Oh, the drama! The Finals begin on Wednesday at 9 p.m. ET.

And the WNBA?: The Seattle Storm easily locked up their spot in the finals yesterday after sweeping their semifinal best-of-five series against the Minnesota Lynx. Storm legend Sue Bird put up 16 points while Storm legend-in-the-making Breanna Stewart led with 31 points in the 92–71 win. Holy.