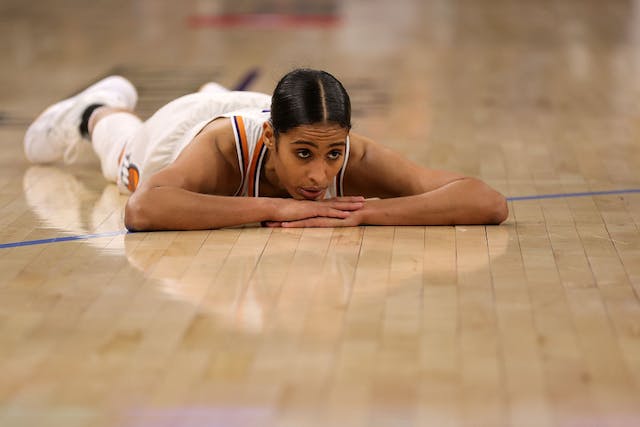 🏀WNBA: After losing the W title to the Chicago Sky on Sunday and skipping out on the postgame press conference, the Phoenix Mercury have been fined $10,000 for violating league rules. That’ll set them back.

🏒NHL: On Monday, San Jose Shark Evander Kane was suspended for 21 games (about a quarter of the season) for submitting a fake vaccination record to his team and the league. C’mon man.

🎓🏈NCAA Football: Five of Washington State’s football coaching staff — including head coach Nick Rolovich — were fired on Tuesday after refusing the COVID-19 vaccine (which is mandated for all state employees).

So congratulations to former defensive coordinator and new interim head coach Jake Dickert, who has a vaccine and has a Division I team to run! Good things come to those who get vaccinated.