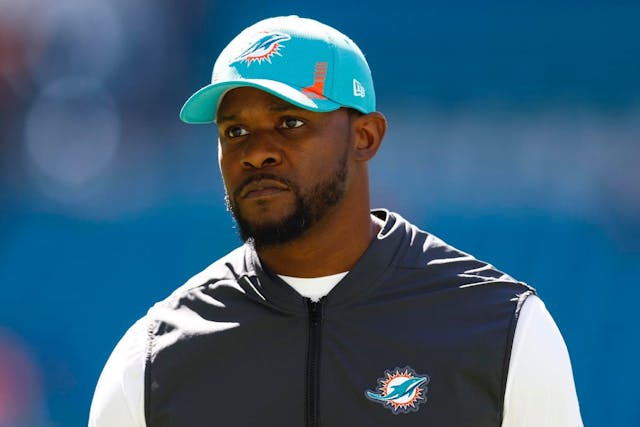 The claim: Flores’ suit contains potentially league-altering allegations, including that Dolphins owner Stephen Ross offered to pay Flores $100K per loss during the 2019 season, an incentive to help ensure Miami would lose enough games to secure the No. 1 draft pick in 2020. Umm, WTF?

The NFL’s response: The league responded soon after the suit was filed, saying that Flores’ claims “are without merit” and that “diversity is core to everything we do.” To which we say, “sure, Jan.”

The context: With Flores fired from the 9-8 Dolphins last month and the Houston Texans’ David Culley let go shortly after, there’s only one active Black HC in the NFL — the Pittsburgh Steelers’ Mike Tomlin — in a league that has about 60% Black players.

The impact: As Flores wrote in a statement, “my sincere hope is that by standing up against systemic racism in the NFL, others will join me to ensure that positive change is made for generations to come.”