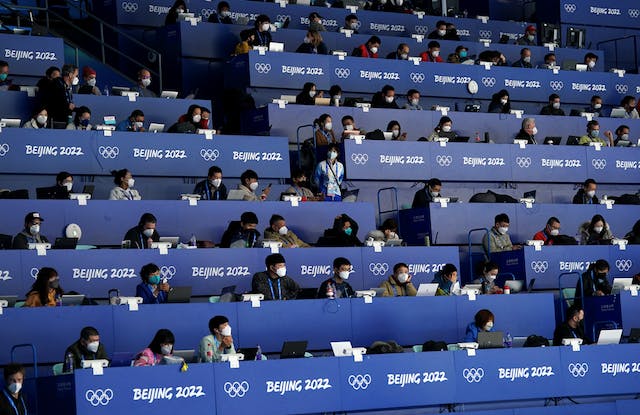 The GIST: After a foreign reporter was pulled from their live shot during last week’s Opening Ceremony, censorship and control in China is in the spotlight once again.

The story: Last Friday, a Dutch reporter was “forcefully pulled out of the picture without any warning” while attempting to broadcast during the Opening Ceremony. Security allegedly couldn’t tell the reporter what he’d done wrong.

Control in competition: Meanwhile, China might be flexing their power on the field of play, too. South Korea’s Olympic team will appeal the disqualification of two of their speed skaters after alleged judge bias kept the athletes out of the men’s 1,000m final.