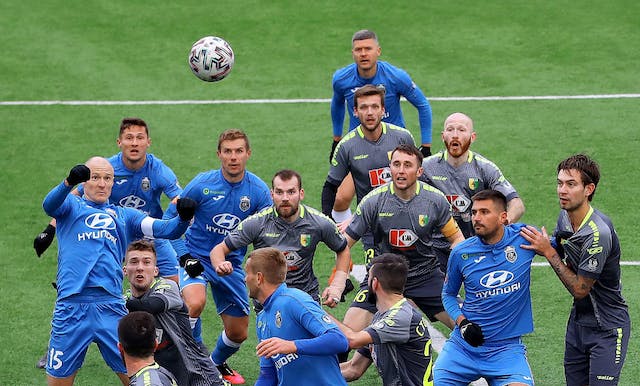 The GIST: Looks like there’s only one country in the world that is completely ignoring social distancing suggestions, and like the true soccer, or shall we say, football-obsessed Europeans they are, have still allowed their professional soccer league to operate.

You’re kidding. What country?: Belarus, a small eastern European country of 9.5 million people. They currently have 94 confirmed cases of COVID-19, but that doesn’t seem to bother their president Alexander Lukashenko, who said last week that vodka, farmwork and saunas are the best pandemic prevention. Science.

Isn’t that dangerous?: Yes, incredibly. All other soccer leagues in Europe have suspended their seasons due to the pandemic, leaving the Belarusian league as the only professional sports league on the continent that is still actively playing matches.

Surely they can’t keep playing...: We wouldn’t be so sure. The president staunchly believes “there are no viruses here” (uh, but there are though) and in the few weeks since literally all other sports were put on hold, the Belarusian league has signed TV rights in at least 10 different countries to broadcast their weekly games. Oh, capitalism.