New advancements arise in Brian Flores' lawsuit against the NFL 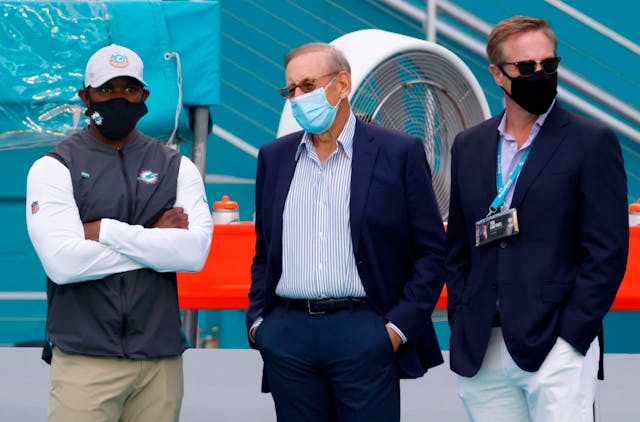 The context: Earlier this year, Flores filed a league-shaking suit against the NFL and all 32 teams — citing three teams by name, including the Dolphins — alleging racism in hiring practices. One of just three black HCs in the league at the time, Flores was stunningly fired following a successful 9-8 2021 season, Miami’s first back-to-back winning campaign since 2003.

The punishment: In addition to stripping the Dolphins of their 2023 first-round pick, the NFL suspended Ross through October 17th and fined him $1.5M, but not for the aforementioned allegations. The penalties instead stem from Miami’s violations of the league’s anti-tampering policy, with one breach reportedly involving Tampa Bay Buccaneers QB Tom Brady.

What’s next: Despite Ross’ boneheaded statement that the investigation’s conclusion absolves him of all allegations, Flores’ lawsuit is still pending, and it seems it will end favorably for him considering the confirmation of his tampering claims. Fingers crossed.