Catch up on game 2 of the WNBA semifinals 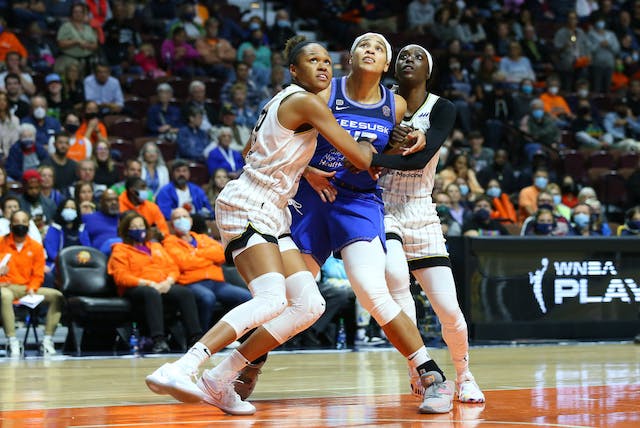 Connecticut Sun vs. Chicago Sky: After the No. 6 Sky’s double-overtime win on Tuesday, the No. 1 Sun evened up the best-of-five series last night with a 79–68 win. Alyssa Thomas and DeWanna Bonner each scored 15 points, and birthday girl Jasmine Thomas had 12 points on the night.

Las Vegas Aces vs. Phoenix Mercury: The No. 5 Mercury settled the score against the No. 2 Aces, beating them 117–91 in last night’s late Game 2. Phoenix had a historically good night, led by GOAT Diana Taurasi, who pulled down an astounding 37 points and six rebounds, and Britney Griner, who brought in 25 points and seven rebounds. We are not worthy.