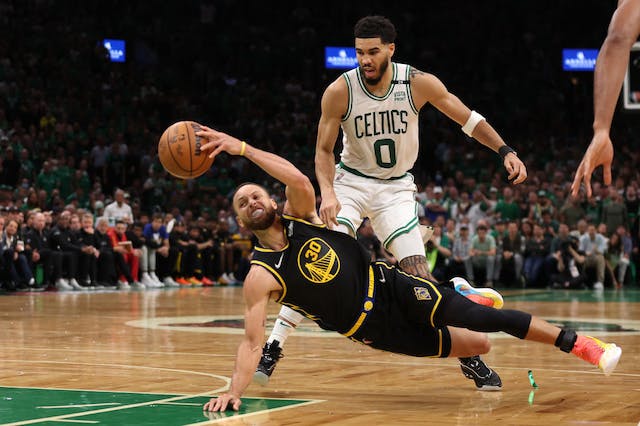 The GIST: The NBA Finals have been a war of words as much as they’ve been a battle on the boards, and now the Golden State Warriors (trailing 2-1) will be looking to settle the score on the Boston Celtics’ hardwood tonight at 9 p.m. ET.

Wednesday’s Game 3: After being routed in Game 2, the Celtics responded with a statement win of their own, topping the Warriors 116–100. Golden State’s Steph Curry netted 31 points, but Boston’s trio of Jaylen Brown, Jayson Tatum and Marcus Smart — who notched 27, 26 and 24 points, respectively — was just too much to handle.

Tonight’s Game 4: The biggest question mark? How Steph Curry will play. While he’s expected to dress, the Warriors star suffered a foot injury in Game 3 and it’s unclear how it’ll impact his game.