Preview game 2 of the WNBA Finals

The GIST: There is so much happening in the world of women’s basketball...or as we like to call it, basketball. 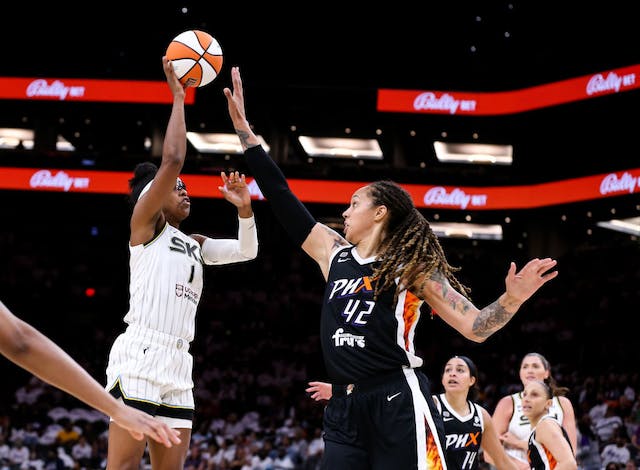 Game 2: The WNBA Finals continue tonight at 9 p.m. ET, with the Game 1–winning Chicago Sky back in Phoenix to play the Mercury. The Sky’s Kahleah Copper will look to match her 21-point performance, while the Mercury are expected to welcome back Sophie Cunningham from injury in hopes of a better result.

WNBA: Elsewhere in the league, the Atlanta Dream have hired former player and 14-year vet Tanisha Wright as their new head coach (HC). The Dream (who had their fair share of turmoil this season) had two coaching changes this past year, and rookie HC Wright should give the Dream the necessary stability and fresh outlook to end their three-year postseason drought.