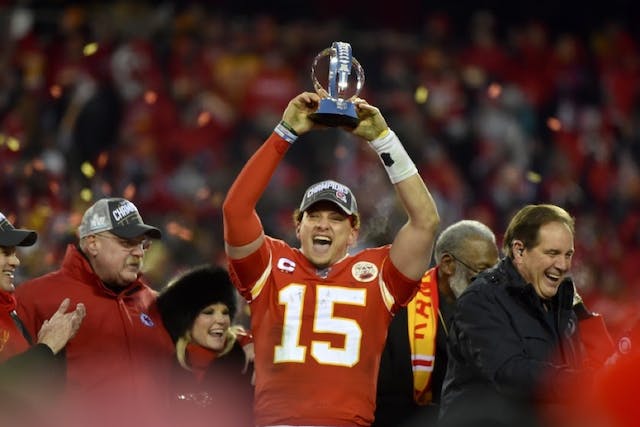 The GIST: For the first time in 50 years, the Kansas City Chiefs are Super Bowl champions after defeating the San Francisco 49ers 31–20 last night in Miami!

Quick, fill me in: It was a pretty close, nail-biting, back-and-forth game that came down to the wire. The San Francisco 49ers held a 10-point, 20–10 lead heading into the fourth quarter (thanks to star running back Raheem Mostert’s touchdown) and looked like they had the win within their grasp. But, as we know, no lead is ever safe.

So, was he the best player last night?: We think so. Mahomes’ heroics made him the youngest quarterback to win a Super Bowl and the NFL MVP award (which he won last season). If that’s not a reason to go to Disney World, then we don’t know what is.

Wow! Anything else?: The real MVP should go to KC’s head coach Andy Reid, who ended the streak of most career wins without a Super Bowl title (at 221, wild) and finally got a well-deserved Gatorade bath after 21 years as an NFL head coach. Doesn’t get any better than that, baby!