The Black Lives Matter movement has found an unlikely but long-overdue ally in the sports world: NASCAR. 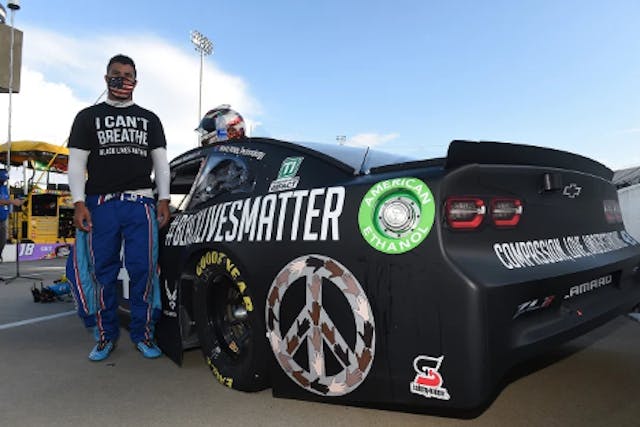 The GIST: The Black Lives Matter movement has found an unlikely but long-overdue ally in the sports world: NASCAR.

Really?: Really! NASCAR has a long history of racism, an overwhelmingly white fanbase and up until last week, a sea of Confederate flags at most races. But the stock car racing series is working to change: this week, NASCAR hired Brandon Thompson as their vice president of diversity and inclusion, a new role within the organization.

Awesome. Any other news?: It looks like Colin Kaepernick, the quarterback (QB) who began the #TakeAKnee national anthem protests and was subsequently banished from the NFL in 2016, has a great chance to return to the league in 2020.