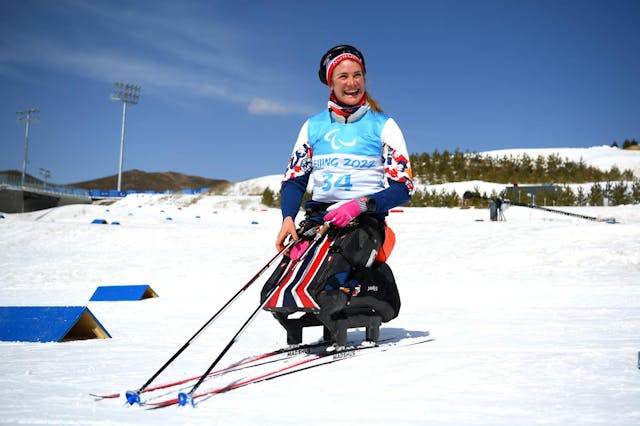 🎿 Biathlon (standing, sitting and vision-impaired): Biathlon features cross-country skiing and rifle-shooting, because the only logical conclusion to lung-busting cardio is to lie down for a second.

🏂 Snowboarding: Beijing will feature three snowboarding events — snowboard-cross, banked slalom and giant slalom. And we have to pay tribute to the late Dutch snowboarder Bibian Mentel-Spee, who spearheaded the campaign for the sport’s inclusion in the Paralympics. Snowboarder, dancer, three-time Paralympic champion, needless to say she’s a legend.

🏒 Sledge hockey: Players use two sticks — each with a spike-end for pushing and blade-end for shooting — and double-blade sledges instead of skates. It's arguably more battle intensive than ice hockey, get hyped.

🥌 Wheelchair curling: Unlike its Olympic counterpart, there’s no sweeping in wheelchair curling. Instead, teams take turns throwing their stones with a delivery stick. All about accuracy, baby.