NBA: Where each conference sits during the All-Star break

The GIST: Blockbuster trades, record-breaking performances and countless memes…oh my! With All-Star weekend behind us and the playoffs fewer than two months away, here’s where things stand in the NBA. 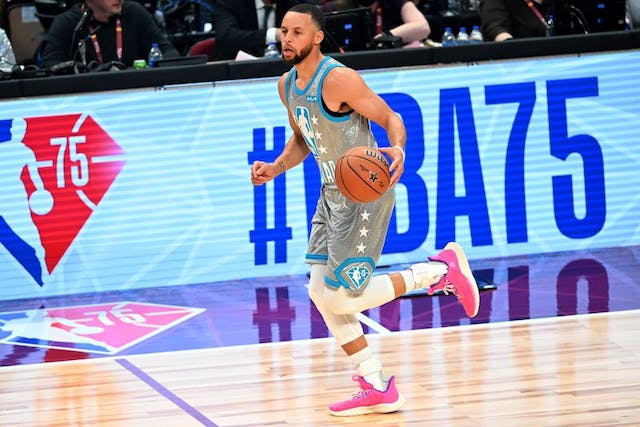 The GIST: Blockbuster trades, record-breaking performances and countless memes…oh my! With All-Star weekend behind us and the playoffs fewer than two months away, here’s where things stand in the NBA.

Eastern Conference: The playoff race in the East is incredibly tight, with the seventh-seeded Toronto Raptors a mere five games behind the first-place Miami Heat. Other surging squads include the second-place Chicago Bulls, who are on a five-game win streak, and the sixth-place Boston Celtics, who’ve won nine of their last 10.

Western Conference: Things are a little less tense in the West, where the defending conference champion Phoenix Suns lead the way. That said, Suns guard Chris Paul will miss at least six weeks due to injury, meaning Steph Curry and the Golden State Warriors or dunk machine Ja Morant and the Memphis Grizzlies could make a run for the top spot.