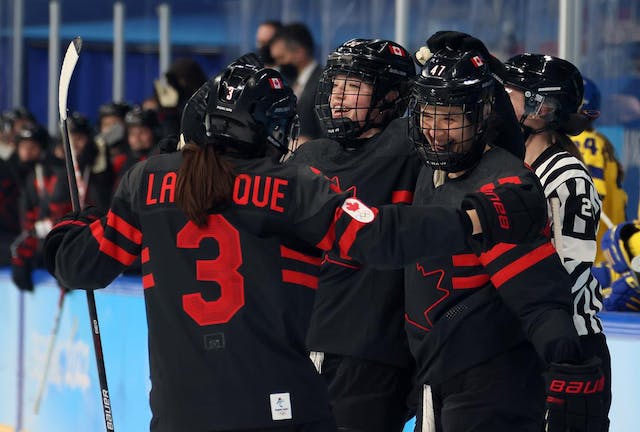 🏒 Women’s hockey: The road to redemption continues with Canada’s rout of Sweden in the women’s hockey quarter-finals this morning. Brianne Jenner and Sarah Fillier both notched their sixth goals of the tournament, showing why Canada’s offense is ranked first overall.

🥌 Curling: Jennifer Jones’ perfect Olympic streak came to an end with an 8–5 loss to Japan in women’s round robin play this morning. Jones and her team will be hurrying hard to rebound against Sweden tonight at 8:05 p.m. ET.

⛸ Figure skating: Put on your dancing skates because the ice dance competition begins tomorrow at 6 a.m. ET. Having placed third in the free dance team event, Canadian duo Piper Gilles and Paul Poirier will be aiming for a podium finish. Tune in to see what Tessa Virtue and Scott Moir have to say about that.