The GIST: With a 31–9 win over the reigning champion Kansas City Chiefs, the underdog Tampa Bay Buccaneers are your Super Bowl champions...and of course we have quarterback (QB) Tom Brady to blame/thank. 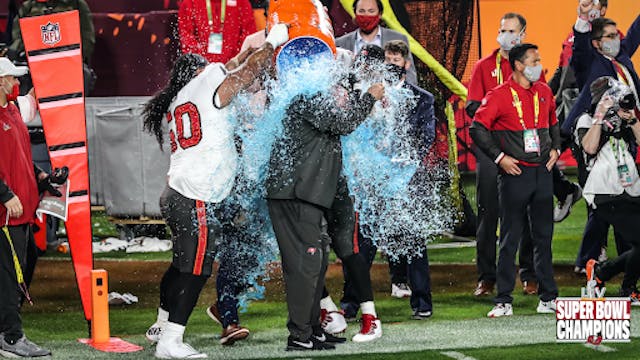 The first half: The game got off to a slow start, going almost a full quarter without scoring a touchdown (TD). But in the most Tom Brady of ways, he jump-started the Bucs’ dominating offensive performance with a pair of TDs caught by tight end Rob Gronkowski.

The second half: Then the Bucs defense woke up, and it went from bad to worse for Kansas City. QB Patrick Mahomes, who last year was named Super Bowl MVP, was picked off twice in the second half and didn’t throw a single TD. While Brady continued to lead, Mahomes (and his offensive line) floundered. It actually hurt to watch.