How COVID-19 is impacting the sports world

The GIST: We’re Cady Heron. COVID-19’s Regina George. We wish we didn't have to talk about it, but we do — here’s the latest on how COVID-19 is continuing to impact sports. 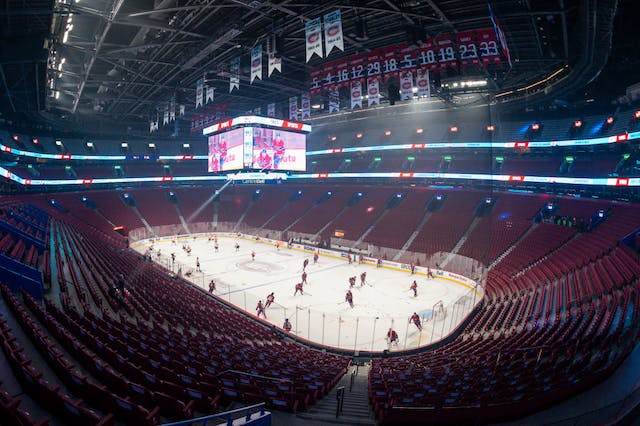 The GIST: We’re Cady Heron. COVID-19’s Regina George. We wish we didn't have to talk about it, but we do — here’s the latest on how COVID-19 is continuing to impact sports.

Driving the news: After a week of athletes entering COVID-19 protocols and game postponements, the NBA, NFL and NHL have all reported cases of the highly transmissible Omicron variant.

Potential pauses: With (at least) 18 Cleveland Browns players (including their first and second string quarterbacks) currently in COVID-19 protocols, the NFL Players’ Association is reportedly pushing for tomorrow’s game between the Browns and Las Vegas Raiders to be postponed.

Looking ahead: As discussed in yesterday’s episode of The GIST of It, it’s impossible to predict what comes next, but there are some major sporting events on the horizon that could be impacted.