The GIST: While we’re on pins and needles waiting to see who gets hired as the NBA’s first-ever female head coach, we guess we should tune in to the conference finals. 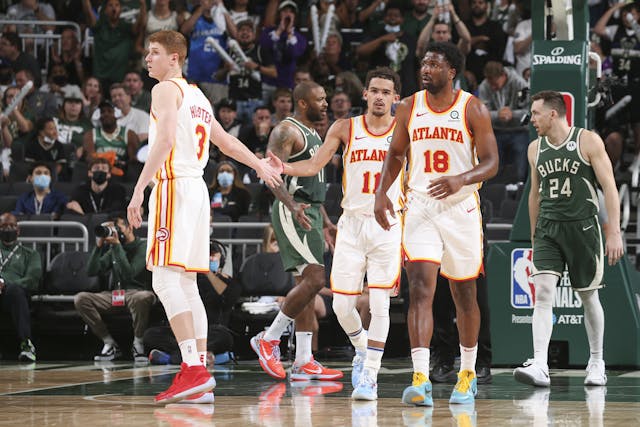 Conference Finals: The Phoenix Suns have gotten a head start in the West, already up 2-0 on the LA Clippers thanks to a jaw-dropping, last-second alley oop from Deandre Ayton in Tuesday’s Game 2. Chris Paul — who’d been out due to COVID-19 protocol — will be back in the Suns’ lineup tonight for Game 3 at 9 p.m. ET. The brooms are getting excited.

Toronto Raptors: No, the Raps aren’t playing, but they did win something this week. The Raps snagged the fourth overall pick in Tuesday night’s draft lottery, marking their highest pick since 2006. Their last fourth overall draft picks? Chris Bosh in 2003. We’re taking this as a good sign before the 2021 NBA Draft on July 29th.

On the not bright side, Kyle Lowry surprisingly declined a spot on Team USA’s Olympic roster to instead focus on free agency. The 2016 gold medal winner becomes a free agent in July, but we’re not ready to say goodbye.