The GIST: The women gave us the main course, but now we’re ready for some dessert: today’s men’s final. 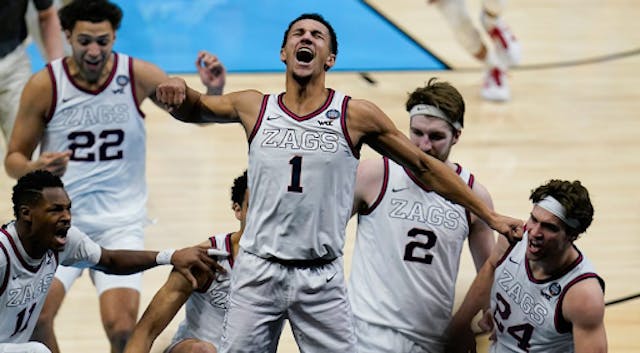 How we got here: Saturday’s first semifinal was something of a “gimme,” with Baylor winning 78–59 over Houston. The second semi was anything but. It took an overtime period and a buzzer-beating three-pointer from Jalen Suggs to give Gonzaga, the country’s best team, the 93–90 win over the tourney’s Cinderella team, UCLA. Chills.

The finalists: While the first few rounds of the men’s tournament were full of surprises (our brackets never stood a chance), the final matchup is hardly a shock. Baylor and Gonzaga are both No. 1 seeds, and were atop many prediction lists heading into the tournament.

The game: Tonight’s for all the marbles. The final will air on TSN in Canada and CBS in the US at 9:20 p.m. ET. And especially for our GISTers, here’s a sneak peek.