The GIST: With the CFL’s regular season coming to a close last Saturday, you know what time it is: playoffs! After just three weeks of single-elimination games, the Grey Cup (featuring a halftime show from local band, The Arkells) will be hoisted in Hamilton on December 12th. 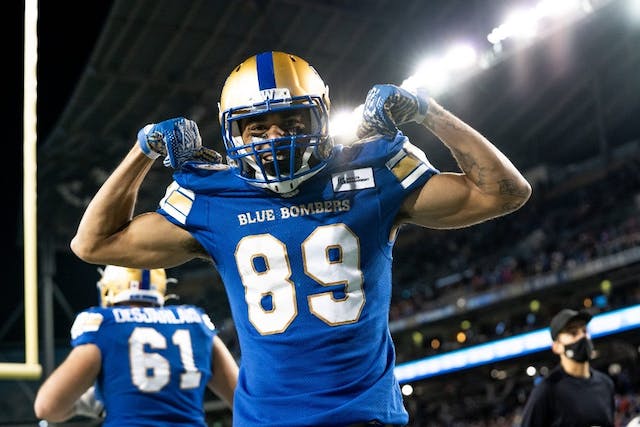 How it works: Six of the league's nine teams — three from each division (East and West) — make the postseason. The top team in each division receives a bye to the division finals, while the second and third place teams face off in the division semifinals (aka the first round).

The top contender: On paper, the Winnipeg Blue Bombers are this year’s favorites, as they finished top of the West with an 11-3 record and have arguably the best quarterback in the league in Zac Collaros.

The dark horse: However, don’t count the tenacious Hamilton Tiger-Cats out — the finals will be played in their home city, and they have the league's Most Outstanding Player and Most Outstanding Defensive Player in linebacker Simoni Lawrence. Defense wins championships, right?