"Through women’s hockey, we can develop more female leaders, and keep girls in sport longer. So what we’re doing is bigger than just hockey." 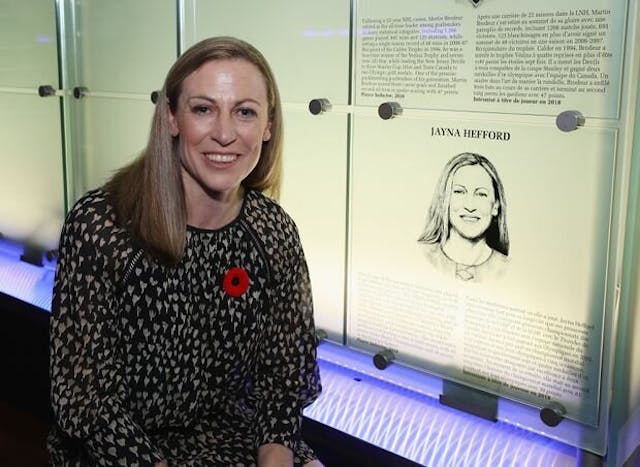 After our first interview with Hockey Hall of Famer and five-time Olympian Jayna Hefford (NBD) in August 2019, we recently re-connected with the current Operations Consultant for the Professional Women’s Hockey Players’ Association (PWHPA) to follow up on how things are going during this “gap year” and what’s next for women’s hockey.

Lexie, at The GIST (TG): So! A lot has happened between the CWHL folding in May, and where the PWHPA is now. What has surprised or excited you the most this year?

Jayna Hefford (JH): First, taking a look at our partner profile and seeing the support we’ve received from companies who haven’t traditionally been in women’s hockey and have stepped up in really big ways is exciting (Editor’s note: adidas, Budweiser Canada, Secret, the NHLPA and others recently stepped up as partners of the PWHPA this year). That’s big, and has happened in such a short amount of time.

The second thing that excites me is looking back at the NHL All-Star weekend. We went from four of our players being invited to participate in the skills competition (Editor’s note: I mean, can you really forget Kendall Coyne-Schofield zooming around the ice or #PayDecker?) last year, to 20 PWHPA players this year playing in a dedicated 3v3 game. That alone is progress, but seeing the women skate out with an NHL crest on their jersey was significant. The NHL could have put a Maple Leaf or stars and stripes on the players’ jerseys, but the choice to put their NHL logo on these women means they really stand behind us.

TG: That is a great point about the message of support sent by the NHL with putting the PWHPA players in their jersey.

TG: Looking forward, two of the next big stops for the PWHPA are in Philadelphia and Arizona. What has that support looked like from the NHL teams there, and how much of a difference does that make?

JH: These are really big ones for us. In Philadelphia (February 29th - March 1st), we’re working with Flyers Charities, and in Arizona (March 6th - March 8th) we’re working entirely with Coyotes organization.

This is really important for us, because we believe this is what the women’s game needs. For our sport to be successful, we need infrastructure, we need marketing, and we need access to these resources to effectively market the women’s game in a way we’ll see results from.

Philadelphia from the beginning has been incredibly engaged and is very ingrained in women’s hockey and wants to see the growth, and it shows. With Arizona, the Coyotes came to us, and they’ve been really excited to bring the women’s game there. Southern markets in hockey in general have had to work really hard to drive their fanbases, so they know the work that growing the game takes.

We saw that similar understanding in Anaheim earlier this month where a record was set for the largest attendance for a women’s hockey game in the U.S. So the Coyotes are very engaged and they have been from the beginning. They have a great minor girls’ organization and they know the importance of bringing the women’s game, and its players, to their young girls and the next generation of female hockey players.

So moving towards more of these styles of events where we partner with the NHL clubs is big for us. We’ve always known we need infrastructure and proper resources to be successful. 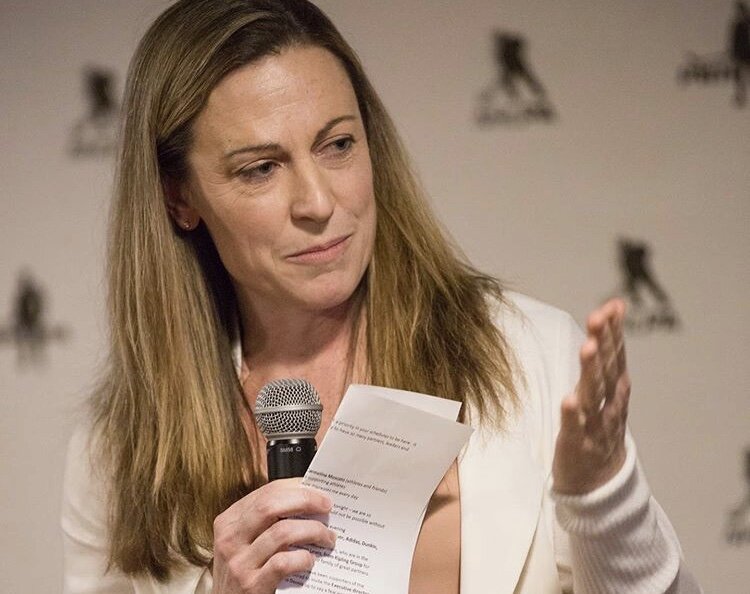 TG: Speaking of the attendance record set in Anaheim for the biggest crowd EVER to watch women’s hockey on American soil (yes!), what does that say for the PWHPA and opportunities moving forward?

JH: Our goal is always to try to grow the game globally (Editor’s note: On Monday, the PWHPA cancelled their recently announced first trip outside of North America to Japan), but with most of our players in North America, we’re really focused on these markets.

But the thing is, the work that Anaheim put in to market that event is a direct correlation to the results. Women’s sports are underrepresented in media and under resourced in administration, marketing, and beyond. So when you have those resources in place, that’s when you see direct results with attendance and revenue.

Hats off to Anaheim and their efforts from the beginning. They upped their marketing efforts, ran in-game promotions, leveraged their players alongside the national players, and it all paid off. They had a goal to set the record for the biggest attendance, and they did, but that was not by chance.

So, that’s the key point. They were committed to growing the game. And when the appetite is there and you have the necessary resources and put the work into it, that’s how you see success. That’s what we need.

TG: Very, very true. Now that it’s almost been a full traditional hockey season of operating the PWHPA, what have been the biggest learnings for you?

JH: It’s really around how the conversation has changed. When the CWHL folded we unfortunately had to go through a difficult time of sorting out what was the best way forward with women’s hockey. We learned that a lot of people do care and really want to see the sport grow. So we want to continue to grow it.

Through women’s hockey, we can develop more female leaders, and keep girls in sport longer. So what we’re doing is bigger than just hockey. We can influence society in a positive way, and we’ve had partners jump on who recognize that. For us, we aren’t saying women should make the same money as men right now, that’s not where our fight is...but we believe in equal opportunity and investment in sport and that all comes back to resources and infrastructure. In women’s hockey, we’ve never been given that opportunity. The quality of our product and performance has been there, but we haven’t had the infrastructure and resources to get it where it needs to be.

TG: Absolutely. That’s such an important distinction, and a conversation that’s been coming up a lot lately across women’s sports, where equality in sports doesn’t just mean equal pay.

JH: Yes. And every sport is in a different place, and having different conversations. Right now, women’s soccer is at a point in their sport where their fight is around pay equity. That’s where they are and what they deserve.

Women’s basketball is still growing. The WNBA commissioner was asked, “how do you invest when you’re not making money?” She responded, that question can just as easily be asked with men’s sports. Because the fact is, many men’s sports don’t make money, or didn’t make money. But when you put money and resources towards it, that’s when you see growth, success and profits.  Now, the WNBA is at a point where they’re going to see an increase in revenue and performance which will all continue to grow the game.

Right now, we are behind those sports with our challenges and where we are in the process, but we want to get there. It all just starts with investment.

TG: So true. Now, looking forward, any idea what is next after this year? Any updates for the future of the PWHPA?

That’s a big thing for us because providing enough opportunities for all of our athletes in the PWHPA has been a big challenge. So, we want to do more of that (Editor’s note: the PWHPA has over 200 players in its’ association to account for). We want to try to build within the NHL and its organizations, and continue to see what kind of events we can run.

We can still do a lot better. But right now, we’re trying to focus on short-term and continuing to improve. We don’t know how long that short term is, but we’re just going to keep working hard for the sport and players.

TG: When you look back a few months ago when you started with the PWHPA, are you more or less where you thought you would be at this point?

JH: The idealistic part of me thought maybe we’d be further along and talking more about a pro league with an established league, but realistically that’s not happening overnight. That’s where having a resource like Billie Jean King with us has been crucial, to help remind us that it’s not going to happen overnight.

She shared a quote with us,

“When you leave history it feels long, when you read it it feels short.”

It’s a great reminder, and to think we could do this in less than a year and get to an established place, was unrealistic...but we are overall optimistic for the sport.

We all believe in hockey and the impact it can have on our current and future generations. So right now, we just continue to push, amplify the women’s game and work to grow it.